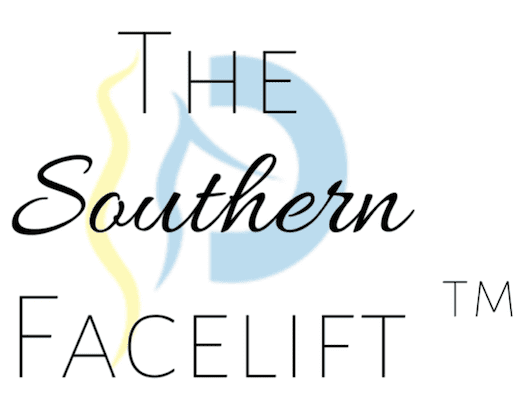 The Southern FaceliftTM , developed by Dr. Mary DuPont, is a state-of-the art proprietary method of using PRF in conjunction with other methods of vaginal and genital rejuvenation.  By utilizing surgical and non-surgical approaches that include multiple laser technologies, hyaluronic filler injections, Bellafill, fat transfer,  growth factor and stem cell injections obtained from the Revive-VTM proprie4tary method, women can improve the appearance of their Southern Face.

Labiaplasty Surgery – Is It Right For You?

The demand for cosmetic procedures of female genitalia is increasing. Labiaplasty, vaginoplasty and clitoral hood reduction are widespread and have excellent outcomes. In particular, labiaplasty demonstrates excellent results in 96.6% of patients, enhancing sexual satisfaction in 64.7%.

Women are turning to labiaplasty for a host of reasons. Some women feel abnormal when the labia minora protrude beyond the labia majora. Other women are seeking relief from genital pain, while others may be hoping to enhance their sexual self-confidence. Labiaplasty is a surgical procedure that trims and shapes the vagina’s inner labia, outer labia, or both.  A woman’s labia may be elongated or asymmetrical as a result of genetics, intercourse, childbirth, or the aging process.

Elongated labia may cause pain during sexual intercourse, exercise or while wearing tight-fitting clothing. Fully developed young women and healthy adult women are the most appropriate candidates.  Labiaplasty is not the only type of cosmetic surgery that can be performed on the genital area.  Clitoral hood skin excess can be addressed at the same time for improved cosmetic appearance. Vaginal rejuvenation, for example, involves tightening the vaginal and perineum areas, which can become stretched during childbirth.  Vaginal rejuvenation may increase sexual pleasure for both partners.

Labiaplasty is normally performed with a local anesthetic on an outpatient basis and takes about one to two hours. Dr. DuPont typically uses either a wedge excision or trim technique.

After surgery, you need to avoid intercourse for about six weeks.  Your genitals will be tender and swollen for several weeks. The labia and surrounding area may be temporarily bruised.  Oral medications and ice application can reduce pain. Antibiotics may be prescribed to reduce the risk of infection after your surgery.  You will be asked to avoid any heavy, strenuous exercise for three or more weeks after surgery.  Tampons should not be used in the 10 days following your surgery. You will need to wear a pad for at least one week due to post-surgical bleeding.

As with any surgery, there are potential risks for complications with cosmetic labiaplasty. The most common risks are the same risks seen in most surgery and include bleeding, infection, and scarring. Patients are given antibiotics prior to the labiaplasty surgery, which results in a very low risk of infection. In most cases of labial reduction surgery, if an infection occurs postoperatively, it is minimal in nature and taken care of with a short course of oral antibiotics. Bleeding is also a rare risk in labiaplasty; however, it can occur with any surgery or could occur postoperatively if a strenuous activity or intercourse is begun too early. Problems with healing, such as incision separation, under or over correction, scarring and/or pain following the surgery, are also potential risks. However, they can occur as with any vaginal surgery and may require further surgery or revision. The risk of any of these problems is less than 1% and is also decreased when experienced and competent surgeons are performing the procedures of labial reduction.

Labial reduction surgery (also called labial contouring or reshaping, cosmetic labiaplasty, labia minora reduction) is a procedure that is completed in an outpatient setting that may be completed under local anesthesia and mild sedation. Dr. Dupont uses her expertise as a fellowship trained reconstructive vaginal and pelvic surgeon to offer her patients a labiaplasty surgery that is minimally invasive, state-of-the-art and cosmetically very appealing. Dr. Dupont recontours, reshapes and reduces the size of the labia, and leaves the labia with their natural pigmentation and a more youthful appearance. In most cases after healing, the cosmetic labiaplasty is undetectable.

As women age, they lose fatty tissue around the pubic area.  External female genitalia lose elasticity and volume with age.  This loss of fat causes sagging of the mons and outer labia majora.  For women who experience discomfort during intercourse as a result of the loss of this natural fat padding, augmentation of the mons and/or labia majora can be performed.  Hyaluronic acid infiltration, Bellafill and/or fat transfer  can enhance the shape, correct proportional imbalances, increase the size, and increase firmness to achieve a more youthful and aesthetically pleasing result.

Office Hours
Get in touch