Women seeking relief from genital pain or looking to enhance their sexual self-confidence turn to labiaplasty as a treatment option. This surgical procedure trims and shapes the labia minora to get rid of extra skin and create a smaller, more appealing size. Dr. Mary DuPont performs labiaplasties for women who live in or near Chevy Chase, Potomac, Rockville, Bethesda, and the Washington D.C area in Maryland. To find out more about this treatment, call the DuPont Aesthetics or use the online booking agent to make an appointment today.

Labiaplasty Surgery – Is It Right For You? 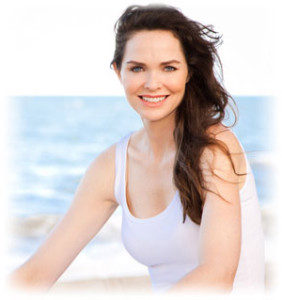 Women are turning to labiaplasty for a host of reasons. Some women feel abnormal when the labia minora protrude beyond the labia majora. Other women are seeking relief from genital pain, while others may be hoping to enhance their sexual self-confidence. Labiaplasty is a surgical procedure that trims and shapes the vagina’s inner labia, outer labia, or both.  A woman’s labia may be elongated or asymmetrical as a result of genetics, intercourse, childbirth, or the aging process. Fifteen years ago one rarely heard about cosmetic labiaplasty. Labiaplasty procedures have surged 44% just in the past year alone and has one of the highest satisfaction ratings of all cosmetic procedures (96% in one study). Results from an American Society of Plastic Surgery survey in 2014 indicated that labiaplasty is one of the fastest growing cosmetic procedures nationwide.

Elongated labia may cause pain during sexual intercourse, exercise or while wearing tight-fitting clothing. Fully developed young women and healthy adult women are the most appropriate candidates.  Labiaplasty is not the only type of cosmetic surgery that can be performed on the genital area.  Clitoral hood skin excess can be addressed at the same time for improved cosmetic appearance. Vaginal rejuvenation, for example, involves tightening the vaginal and perineum areas, which can become stretched during childbirth.  Vaginal rejuvenation may increase sexual pleasure for both partners.

Labiaplasty is normally performed with a local anesthetic on an outpatient basis and takes about one to two hours. Dr. DuPont typically uses a wedge excision technique to preserve the color and natural borders of the labia. Occasionally, patients will prefer the "Barbie Doll" type of labiaplasty, which removes the entire labia minora.

After surgery, you need to avoid intercourse for about six weeks.  Your genitals will be tender and swollen for several weeks. The labia and surrounding area may be temporarily bruised.  Oral medications and ice application can reduce pain. Antibiotics may be prescribed to reduce the risk of infection after your surgery.  You will be asked to avoid any heavy, strenuous exercise for three or more weeks after surgery.  Tampons should not be used in the 10 days following your surgery. You will need to wear a pad for at least one week due to post-surgical bleeding.

Enlarged labia minora can cause symptoms such as pain or discomfort with activities such as exercise, sexual intercourse or even just with wearing tighter fitting clothes such as jeans. Many women have discomfort with this condition because the enlarged labia rub against tight-fitting clothes, get pulled in or out during intercourse, or get irritated when doing activities such as riding a bicycle. Sometimes the enlarged labia can actually have an abnormal appearance and protrude out in tighter fitting clothes or bathing suits. This can be very bothersome and distressful to the woman and can affect her self-esteem. This may be especially true in younger women who are born with larger labia and become very self-conscious because of their appearance through their high school or college years. This can cause insecurity or embarrassment among sexual partners as well. Many women prefer that the inner lips do not protrude past the labia majora at all, giving them a much more appealing shape and eliminating many of the symptoms of enlarged labia.

As with any surgery, there are potential risks for complications with cosmetic labiaplasty. The most common risks are the same risks seen in most surgery and include bleeding, infection, and scarring. Patients are given antibiotics prior to the labiaplasty surgery, which results in a very low risk of infection. In most cases of labial reduction surgery, if an infection occurs post-operatively, it is minimal in nature and taken care of with a short course of oral antibiotics. Bleeding is also a rare risk in labiaplasty; however, it can occur with any surgery or could occur post-operatively if a strenuous activity or intercourse is begun too early. Problems with healing, such as incision separation, under or over correction, scarring and/or pain following the surgery, are also potential risks. However, they can occur as with any vaginal surgery and may require further surgery or revision. The risk of any of these problems is less than 1% and is also decreased when experienced and competent surgeons are performing the procedures of labial reduction.

Labial reduction surgery (also called labial contouring or reshaping, cosmetic labiaplasty, labia minora reduction) is a procedure that is completed in an outpatient setting that may be completed under local anesthesia and mild sedation. Dr. Dupont uses her expertise as a fellowship trained reconstructive vaginal and pelvic surgeon to offer her patients a labiaplasty surgery that is minimally invasive, state-of-the-art and cosmetically very appealing. Dr. Dupont recontours, reshapes and reduces the size of the labia, and leaves the labia with their natural pigmentation and a more youthful appearance. In most cases after healing, the cosmetic labiaplasty is undetectable.